Yesterday, I met Alan Smee in Taipei, where we played a scenario from the latest MMP module "Forgotten War". The scenario chosen was ASL-216 "Centurions Reverse!". Alan played the attacking (exiting) British, whilst I played the defending CVPA (Chinese). To help us both out, I jotted down some quick reference notes to make acclimatizing the new rules a little easier.

The scenario depicts a British fighting withdrawal along a mountainous valley. To win, the British need to exit 65+ VPs (from an OoB worth 109) off of the south edge, but only have 5.5 turns to do so. The British start with a small group (2 tanks, 1 (81mm) mortar carrier (which may set up with weapons removed), and 3 squads), which set up within 3 hexes of 81I6, and the main group (3 tanks, 6 APCs, 1 armored car, and 4 (walking wounded) squads), which enter along the northeast corner of the map. The Chinese defend with a group on each side of the valley road, one group (9 squads, 1 MMG, 4 leaders) setting up within 4 hexes of 83T4 (note that there is a very obvious error on the scenario card), and a second group (6 squads, 1 MMG, 3 leaders) setting up within 4 hexes of 81P10. KW Terrain (W.3) changes the Woods to Light Woods (B35), Rice Paddies to Paddy Fields (W1.2) (which in April are Irrigated), and Crags become Concealment Terrain (A12.12) and Ambush Terrain (A11.4). Mist (E3.32) is in effect, and provides a modest hindrance against fire beyond 6 hexes, but other than that, there is a serious dearth of cover in this environment !!!

To stop the British exiting, my squads are going to have to attack the vehicles in close combat. 6 of my squads (3 in each group) are Assault Engineers, I have 7 leaders  to help increase the squad's CCV, and (vs Infantry) I can use HtH CC (@-1 unless entirely pinned), so my Chinese definitely enjoy a few CC advantages. I also have 6 MGs and 4 DCs with which to attack the British AFVs. With all of the exceptions afforded (6 Assault Engineers, 4 DC, and plentiful leaders), the restrictions of Infantry Platoon Movement (W7.42) is hardly felt by the Chinese at all. The lack of cover makes moving hazardous, but CVPA take step losses, so my Chinese can hopefully be resilient. I have to find a way to get into CC, as my ability to interdict is very restricted.  The 2 problems for the British is (obviously) avoiding CC, and exiting the 4 (double value) Walking Wounded squads, which are never going to make it on foot, and only 1.5 of them can be BU in transport, the rest need to be Riders (D6.2), which makes them vulnerable to IFT fire (if within range).

At the start, Alan mostly ganged up on my board 81 group, which severely limited their ability to move, and I strove only to survive. If this group gets wiped out, then the APC convoy should have a pretty clear run of it behind the reverse slopes of board 81. But this meant that there was less interdiction against my board 83 group, which moved cautiously towards firstly the valley road, and later board 81. I enjoyed some pretty good MC DRs with my 81P10 group, and was eventually able to CC 2 British tanks, initially immobilizing and later eliminating both. At that point, the remaining APCs had to make a run for it, but a number of their riders bail out, and in CC, I eliminate the Oxford Carrier (along with their 247 WW passenger). On turn 4, Alan assembles his remnants for an exit, but sees that he just doesn't have enough left to work with, and we call it a day there. I don't accurately recall out start time, but would estimate a playing time of around 4 hours to that point.

Playing the scenario was great fun, as it was my first use of boards 81 and 83, my first use of the CVPA, and I got to face post-WWII AFVs !! I'm sure Alan enjoyed fielding the 4 Centurion tanks, although their limited (HE8) HE can be a bit of an issue. As far as balance goes, I feel that the CVPA need to immobilize/eliminate at least 3 AFVs, which increases to 4 when British balance is in effect, so perhaps players might like to use that as some sort of a barometer. After the game, Alan and I both wondered if the British might do best to forsake the Walking Wounded, and simply hit the gas, stay in motion, and race all AFVs off the map ASAP. We played at Alan's hotel, so the photos (as is more often the case when I'm shooting) aren't the best (the AFV wreck in the rice paddy should be in 81S5), but I included them nonetheless. 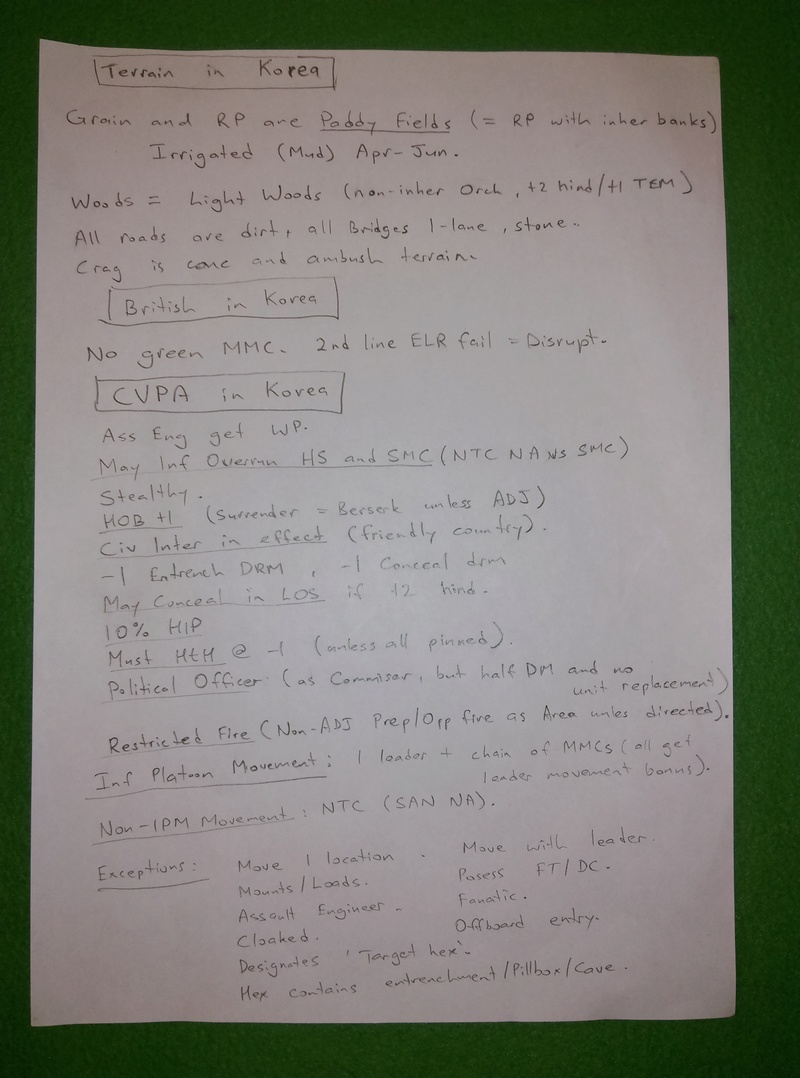 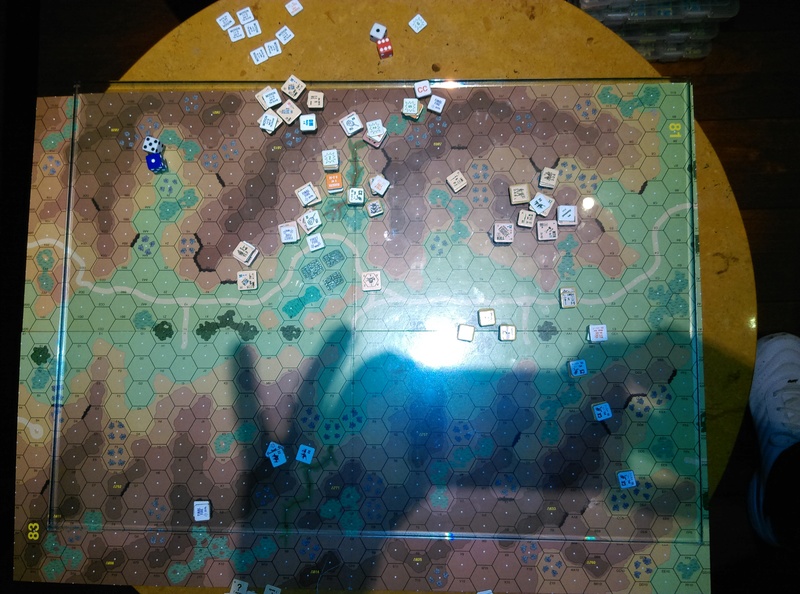 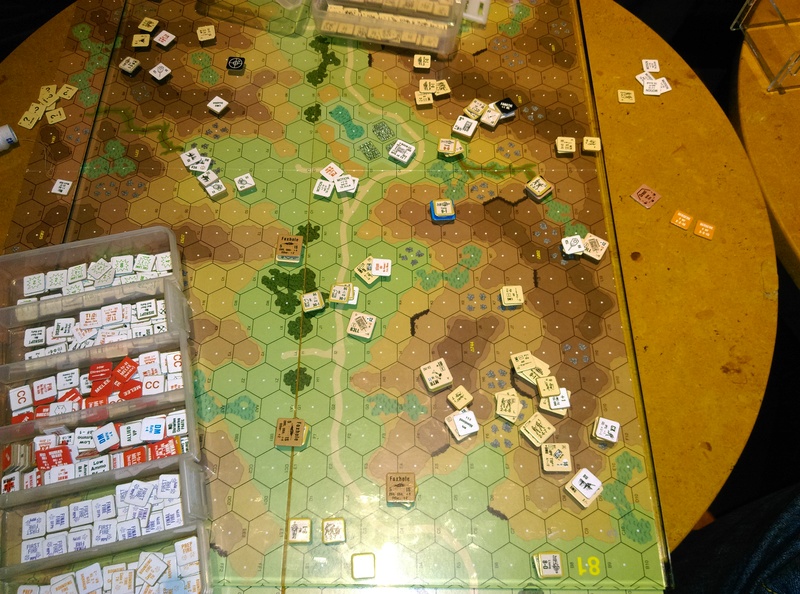