1 "Must-Play" scenario from each Core Module.

1 "Must-Play" scenario from each Core Module.

Jack just got  me thinking in regards to Core ASL Module scenarios. A lot less are getting played these days - certainly not because of me; I seem to have a strong bias for them!!!

But if I were to recommend 1 scenario from each ASL Module, this is what they'd be (and why):

Plenty has been written about this scenario, and it still stands the tests of time, as a real fun 'fortress' scenario. There really isn't a scenario in this module that I don't like, but this one has always been popular.

Both sides have different strengths, and despite being outnumbered, the Americans are never out of it (as long as they are not behind in CVPs), since they only need to eliminate the gun to win. Perhaps it was fate that this was my first ever ASL scenario (played back in early 1988)....

What's not to like about HIP TDs (with 24 MPs !!) ambushing the SS as they assault across the snow covered terrain? The SS squads have to probe for a weakness, and ideally subdue the M-18s, so the AFVs don't have to.

There are many ASL scenarios where a small group has to ambush a bigger group, in which the scenario needs the ambush to be successful to make a good game of it. This scenario begins with the ambush already 'sprung', and the attacker now has to recover (whilst not surrendering too much attacking initiative), whilst the defender withdraws with the captured MGs.......

A melee in a dust storm. FFMO is NA for the entire scenario. The action is very intense in this one, and it always seems to be a close game.

A good scenario for new players, all terrain is at ground level. Two excellent sides get to play cat-and-mouse in the woods (which dominate the map). Am a little surprised by the ROAR record, though (38-70 German).

A really good combined arms scenario. Both sides are well equipped, and even the ACs can dominate if they don't push their luck too hard.

A good scenario for learning about Dense Jungle. Having the OoB split into columns makes it rather bite-sized, and the Australians try to slow down the Japanese (until their reinforcements arrive) and attrition them.

A nice simple scenario that combines both Jungle types (heavy and light). I wish more scenarios would do that....

The toys. It's all about those 150*mm toys. Sooner or later they will run out of ammo, but they are fun to play with in the meantime !! The SiGs are far from invincible, but they do pack a wallop. In truth, their best asset is really their smoke.

An excellent Polish-German city fight. Plenty of guns, plenty of AFVs, and both sides get a 9-2 leader. Hard not to like this one.

For King And Country: ASL-092 "Stand Fast The Guards".

I would preferred to have chosen A-025 "Cold Crocodiles", but for reasons that escape me, this wonderful scenario (one of the best ever, IMO) was not included in the module (shame). ASL-092 is still a good scenario in its own right, though. The British get to create a tough reverse-slope defense, and the Germans have to dig them out without taking pyrrhic losses.

A good combined-arms intro to the Axis Minors (Romanians in this case). The Russians can't be taken lightly, so patience is the key for the Romanians.

Re: 1 "Must-Play" scenario from each Core Module.

I certainly heard a lot about ..

23 Under the Noel Trees
37 Khamsin 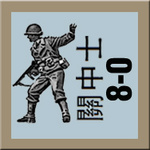