Last Monday evening, Robin and I completed our scenario of ASL-135 "Acts Of Defiance". Robin played the attacking Germans, whilst I played the defending (and counterattacking) Russians. German balance was in effect (add a German 9-2 armor leader).

I set up the tanks in Y4, Y5 and AA5, and had 2 squads in each of the northeast and southeast blocks. The rest went in the west block, with the radio and its leader HIP in 20V7. On turn 1,  Robin attacks from both the east and west sides of board 21 with the German paras, and the engineers moved to block the Russian turn 1 reinforcements. One Goliath detonates, but fails to destroy the 23BB5 bridge. The JgPzIV/70 has the 9-2 armor leader, and Robin is able to use him to duel with the Russian tanks. By the end of turn 1, I have lost 2 T-44 tanks and Robin has lost 1.5 (548) squads. 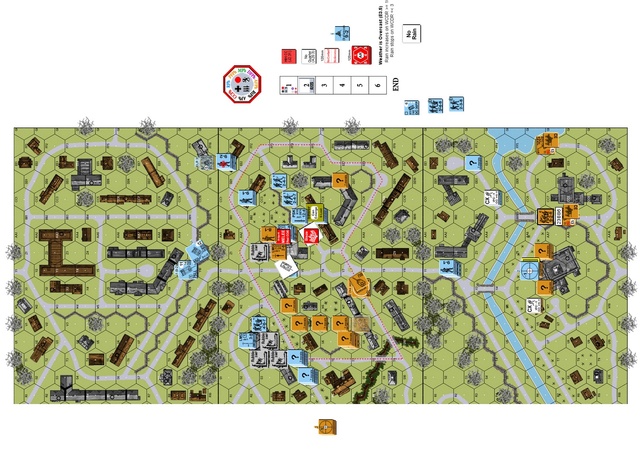 In turn 2, Robin tries again to destroy the bridge, but the Goliath self-propelled DC is eliminated before reaching the target. The StPzIV smokes the Russian .50cal HMG in the board 23 lvl 2 building, the JgPzIV/70 kills another T-44, and his infantry continue to press their attacks. But the CCs are going my way, and another 2 German squads are lost. The 9-2 plus MGs (death-star) has suffered a setback, and is yet to add any meaningful weight to the battle. 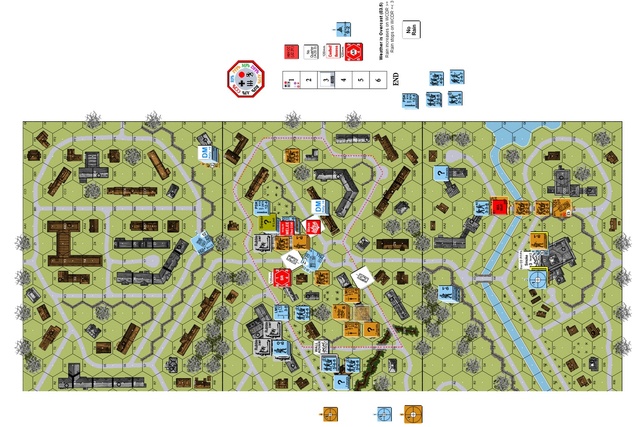 In turn 3, I mostly hold Robin's infantry assault, and he replies in kind by keeping my reinforcements back. I land a 120mm FFE, but the only effect is to stun the JgPzIV/70 TD. 2 more German squads perish in CC, but this time they manage to take 1.5 Russian squads with them. 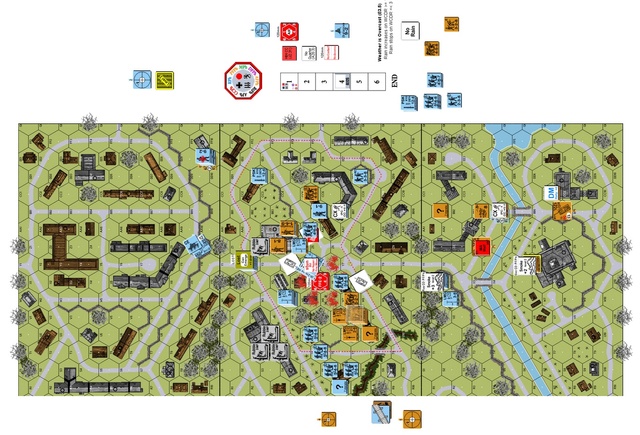 In turn 4, my infantry continues to hold Robin's assault. My OBA manages to SHOCK the JgPzIV/70 TD, and my reinforcements are able to cross the canal. Another German squad is lost in CC, while I lose a half squad. Although all my tanks are gone, the German CC losses of 6.5 squads to my 2 is a very favorable ratio. 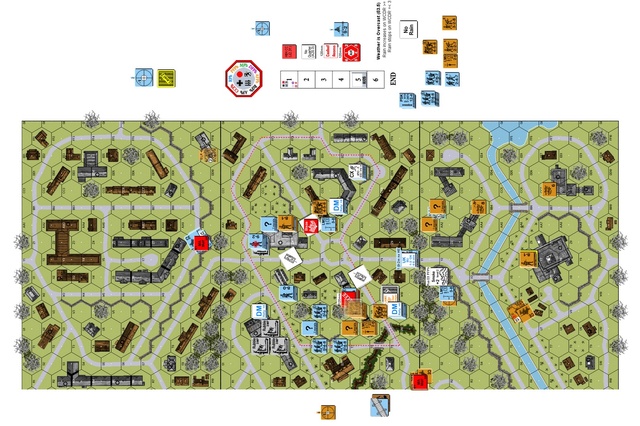 In turn 5, the TD recovers from the SHOCK, but the StPzIV is recalled when it's MA disables. Robin's infantry manage to clear out the southeast block, but my 2 surviving squads in the northeast block continue to resist all thrown at them. I land a FFE amongst his infantry in the west block, but despite getting rocked hard on the 24FP column, they still are able to press their attack. My reinforcements push as hard as they can for the southeast block, if just to keep pressure of the east block.... 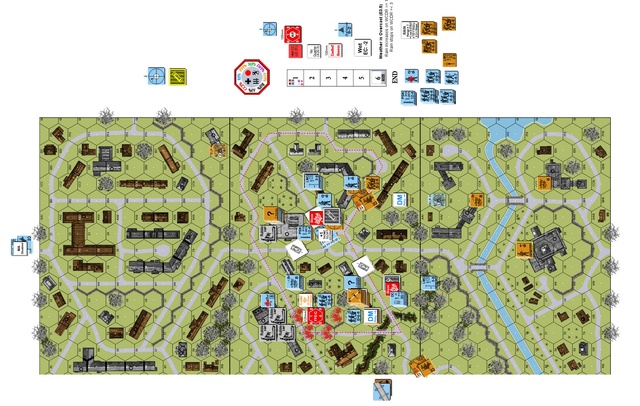 In (the final) turn 6, it is looking like Robin has a bit too much to do, as the Germans go all out to clear the block. In the end, Robin does clear out the west block, but only has modest forces with which to pacify the last stack in the east block, the 2 458 squads who have survived having half the German OoB thrown at them. But with the ambush modifiers heavily in their favor, my 2 squads are able to ambush the Germans and withdraw to deny the Germans a win. 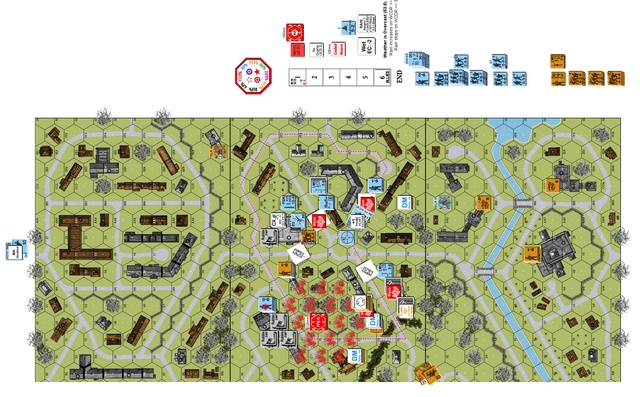 Tons of savage urban fighting in this classic ASL scenario. Always a fun one to play.