Last Sunday, we had an ASLSK meeting in Ximen with 7 players (later 9, when Tou Mu and Little Wolf popped by to say hello), including 3 (very) new guys that I have not seen before. The objective was to teach the game; Robin's wish was that those that have played at least a few games would then teach some very new guys. Ray played S-01 "Retaking Vierville" with one of the new guys, whist Robin was running the same scenario being played by the other 2 new guys. Roy wanted to get familiar with AFVs, so I was to play some suitable intro AFV scenarios from ASLSK. We played 2 in the end, S-033 "Few And Far Between" and S-044 "Across the Border".

I'm surprised that there are only a few playings of this on ROAR; it seems to be the most suitable option for introducing AFVs. A lone PzIIA (PZIIF if balance is used) supports 7.5 German squads, 3 leaders, 3 SWs to attack 7.5 Dutch (Allied Minor) squads, 3 leaders, 2 SWs. A 4.5 turn game in which the Germans have to control all buildings within 2 hexes of yFF5 (5 buildings in total). The PzII can help the Germans plenty by using its sD, its Bounding First Fire (3.3.2.2), and its immunity to small arms fire allows it to easily get behind the Dutch and prevent routs. It can also give a modest amount of cover to infantry trying to get across otherwise dangerous open ground. The Dutch don't have a lot of resources to destroy the tank; a pair of LMGs (which are only effective against the sides and rear vs the PzIIF) and Close Combat.

Most of my squads went in the VC buildings, with 1 in uBB4 to slow the Germans down for a turn. Roy had some hot dice, and I found myself taking a number of MCs. I was able to pass a number of them (including a 3MC at one point), but in the final turn, Roy was able to break all of my squads, and I was left with a lone 8-0 leader in yCC6 at the end of the German turn 5 RtPh, and the buildings were there for the taking in the German APh. Roy took care not to lose the tank to MG fire early on and was rewarded with some hot Bounding First Fire DRs in the later turns. It won't always turn out that way in an ASL game, but that's certainly the right philosophy for the cardboard tank commander to be adopting.

(I neglected to take any photos of this game, alas)

This scenario is from the ASLSK Expansion Pack, and features 4 Slovak (Axis Minor) OA vz 30 armored cars, 10 squads, 2 leaders attacking 6 Polish (Allied Minor) Squads, 2 leaders, 2 SWs. To win, the Slovaks need 6 VPs. They get 1 for each AFV exited off P3 and/or P6, and 2 VPs for controlling buildings K6, M5 and M7 (each building is a 2 hex building). There are only 4.5 turns available, so the Slovaks need to hurry, but the Polish get to set up their entire OoB HIP, so despite having scant forces, they get the ability to ambush the Slovaks. The armored cars have 0 AF, so the ATR and MMG can be quite deadly to them, so the Slovak player must choose between trying to exit VPs, or supporting the 2nd-rate Slovak infantry. 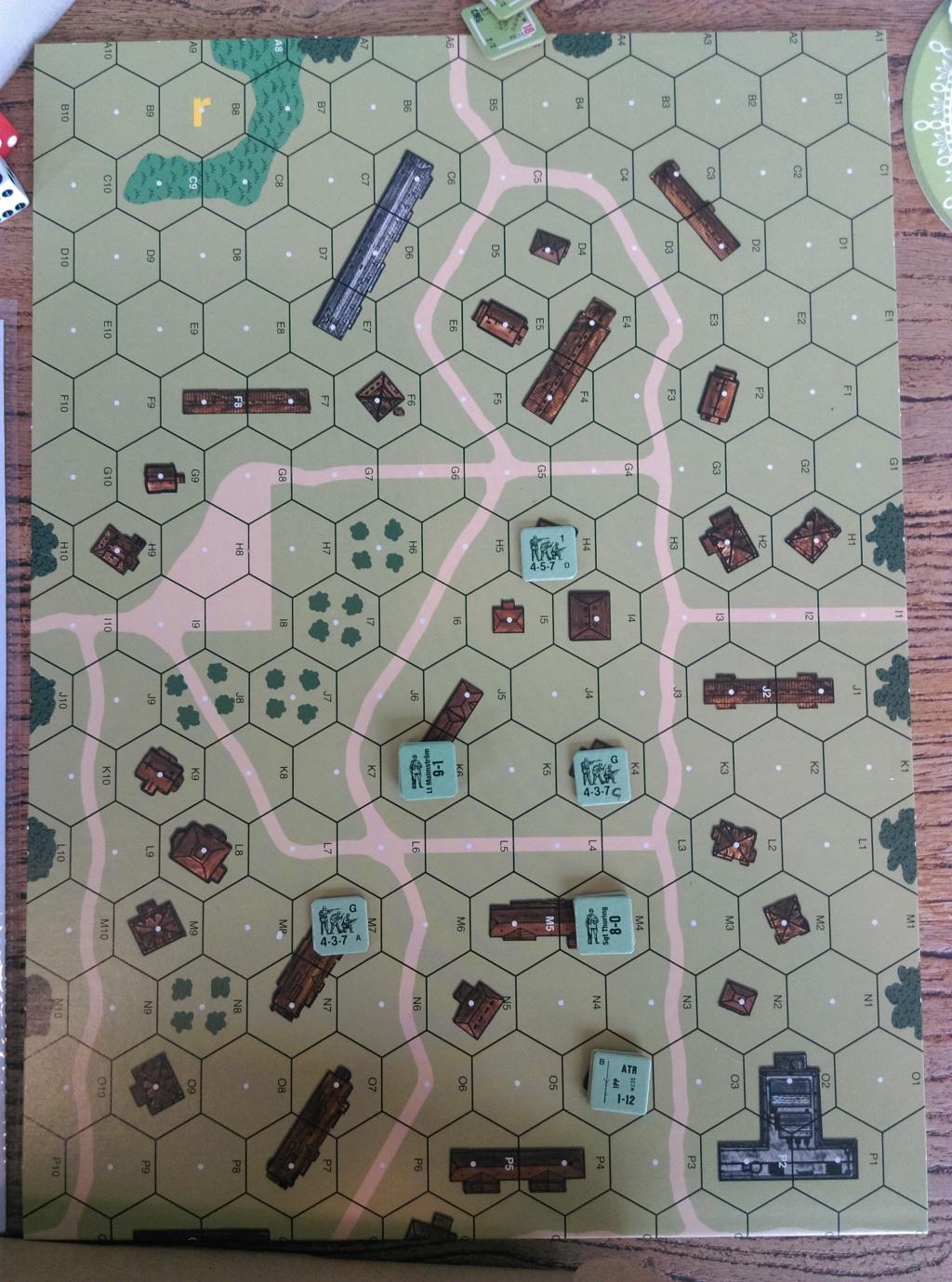 In our game, an AFV was quickly claimed by both SWs early on. The game was quite tight for the first 3 game turns, each time I put a hurt on the Slovak infantry, they would reply by breaking a squad that would be eliminated in the rout phase. But in turn 4, one of the CCs went against the Slovaks, and left Roy a lot to do in the final turn. One of his AFVs already exited, and another was in position, albeit in sight of the ATR. Roy had a chance for victory in the final turn, but nothing really went right for him, and he was only able to capture 1 building. Taking a look at the map, there's barely any infantry left !!!! 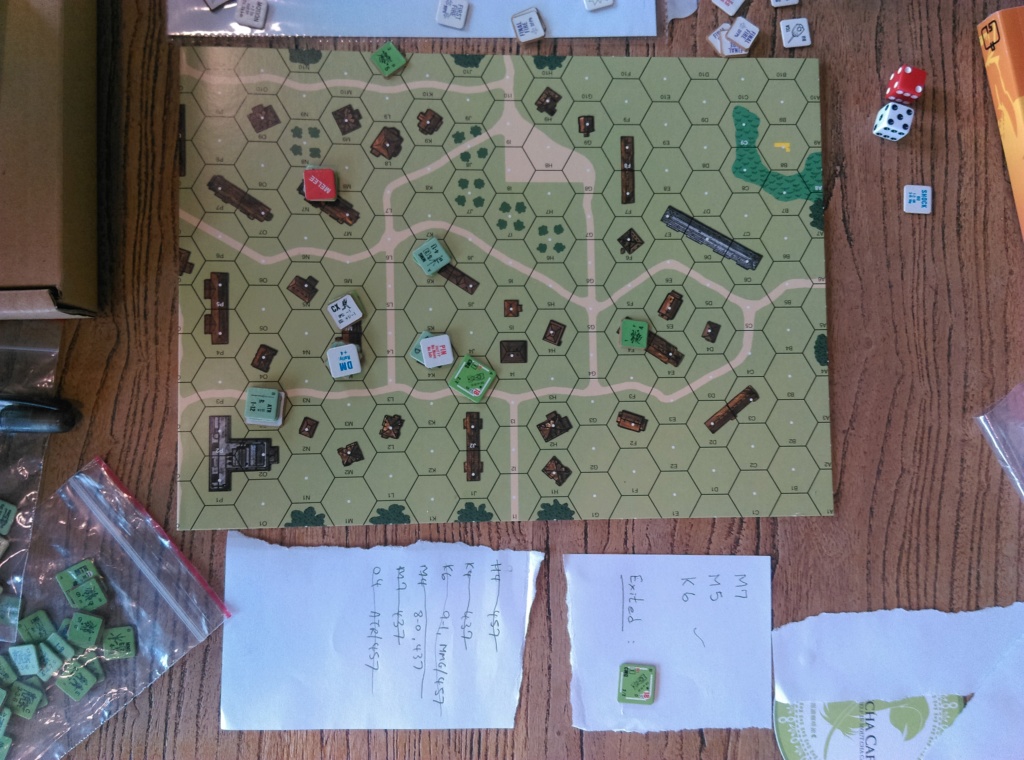 Nonetheless, I was encouraged by how Roy is learning to use AFVs. It's a long road, but a start has nonetheless been made !!!!